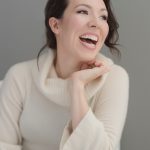 Elizabeth Borowsky enjoys a vibrant career as solo and collaborative pianist, educator, and composer. “Elizabeth’s performance and personality dismiss any preconceptions of classical music as elite, or being a music of the past. She is an engaging performer and can draw even the most reluctant audience member into her spell.” (Fidelio).

As soloist, Ms. Borowsky has performed in over thirty countries, at distinguished venues and festivals including Carnegie Hall, The Kennedy Center, the Beethoven House, Penderecki European Music Center, Concerti di Primavera, Klavierwoche International, and UNESCO’s “Local Music Heritage in the Age of Globalization.” Her performances as soloist with orchestras have included the Tianjin Symphony Orchestra, St. Christopher Orchestra, Šiauliai Chamber Orchestra, Young German Symphony Orchestra,  Israeli Soloists Orchestra, Lublin Philarmonic Orchestra, Oregon Pro-Arte, and Gettysburg Chamber Orchestra. She was among the pianists selected to participate in the 10th International Chopin Competition in Warsaw and was awarded the Acte Preable Prize for Outstanding Interpretation of Chopin’s Music, resulting in her solo album, “Chopin Recital.”

As composer, Ms. Borowsky’s works have been performed by the Tianjin Philharmonic (China), Šiauliai Chamber Orchestra (Lithuania), King David String Ensemble (Israel), and the Cumanayagua Concert Orchestra (Cuba). Her composition “In Memoriam” was premiered at the Pažaislis Music Festival in Kaunas under the patronage of the President of Lithuania. In 2020, she was named the New Hampshire Commissioned Composer by the Music Teachers National Association. The first two volumes of her collection, 100 Solos for Piano Prodigies, were published in 2020. These works have received critical acclaim as outstanding and relevant musical compositions that address essential technical and artistic skills for young pianists.

Ms. Borowsky has earned a reputation as a dedicated and effective teacher. She has taught at Indiana University Bloomington, Morgan State University, Towson University and the Maryland Conservatory of Music and has presented masterclasses in the USA, Lithuania, Germany, Cuba, Japan, Poland, and Germany. She is founder and director of Piano Prodigies LLC, a program for young pianists that focuses on balancing the artistic, technical, and personal development of each student. Since 2010, she has held the position of Executive Director of the Intermuse International Music Institute and Festival USA, a summer chamber music program for pre-professional musicians. She has been recognized for her work with young pianists by the Music Teachers National Association and the Towson University Alumni Association.

Ms. Borowsky comes from an exceptionally musical family: together they have performed concerts world-wide as “The American Virtuosi. She began her piano studies at age four. At seven, she performed her debut recital in Baltimore and by the age of nine, she was received enthusiastically by audiences in Bulgaria, Poland, and Germany. Her performance at age sixteen as soloist with the Polish Camerata was internationally broadcast by Pol-Sat TV. She received scholarships from the Chopin Foundation of the United States, Maryland International Education Association, U.S. National Foundation for Advancement in the Arts, Ford Foundation, and Kosciuszko Foundation and holds degrees from Towson University, Trinity College of Music (London), and the Jacobs School of Music at Indiana University. Her teachers include pianists Reynaldo Reyes, Ann Schein, Yonty Solomon, Andrzej Jasinski, and Arnaldo Cohen.