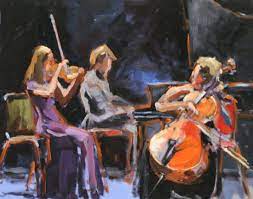 The incredible Piano Trios by Clara Schumann and Fanny Mendelssohn

Join us for this fantastic program featuring two amazing Piano Trios that have been unjustly neglected, largely because they were composed by two women, Clara Schumann and Fanny Mendelssohn.  These are both sweeping, powerful, and emotional works that reveal a true sense of structure and lyricism.  Amazingly, both were written in the same year, 1846.  Clara had married her beloved Robert in 1840 and had already had four children.  While she still maintained her career as one of the great piano virtuosos of the time, the composing that had been so much a part of her life before her marriage had faded away.  This piece gave her a renewed sense of creativity and was one of the longest works she composed.  Sadly, she herself denigrated the work after seeing a Trio written by Robert in the same year, but this is a piece that definitely should be part of the regular Trio repertoire.  Fanny Mendelssohn’s Trio was also one of her largest works but also one of her last.  Sadly, she would die from a stroke just a few months after composing it.  She had composed over 400 works during her lifetime, but had received very little encouragement from her father and brother, who believed a woman’s place was as a wife and mother.  She had only just started to publish a few pieces, even without Felix’s support, and had received several very positive reviews.  Felix found this manuscript after her death and thankfully had it published himself.  We know you will love these very dramatic and soulful works.  Our good friends from Israel, Ralph Allen and Iris Jortner, have returned once again to help bring these pieces to a larger public. 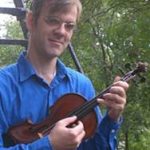 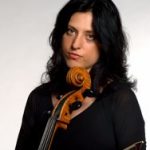 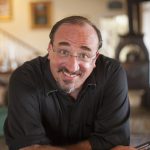 Join us at our home Church on the Green in Lebanon.  This is a warm and welcoming Church with a wonderful Steinway piano and great acoustics.  Buy your seats in advance for 10% discount by clicking on the “Add to Cart” button below.  You can buy multiple seats on the following screen.  Click on the arrow next to the price in order to buy discounted seats for Church members.  All children 18 and under are free as well.  Tickets will be available at the door as well for $20/15/.  All major credit cards are accepted and you do not need to have a PayPal account.  You can also purchase seats over the phone by calling Daniel Weiser at 802-369-0856.

We return to our favorite Hanover home where the Austin-Nelsons have hosted over fifty Classicopia House Concerts.  Experience chamber music in this perfect intimate setting (with air conditioning!) and enjoy some wonderful food and drink as well.  Cost is only $35pp.  Sign up by clicking the “Add to Cart” button.  You can add as many seats as you want on the next screen.  All major credit cards are accepted and you do not need to have a PayPal account.  Registration is required and seats are limited.  If you prefer to pay over the phone, you can call Daniel Weiser at 802-369-0856.